Greetings Terrans, long time no post!! I thought I’d better get a quick post out to confirm that I’m not dead or ill, and that I haven’t seen the light, grown up and decided to jack in the whole hobby… Neither have I won the lottery & jetted off to my own private island. No, I’m afraid the reason for the long hiatus is a rather more mundane affair of too much work to do & too little time to do it in resulting in far more evening work than I’m used to. I’ve also been pretty fired up at the gym since lockdown relaxed a bit here in the UK, so that’s a few less hours of painting per week as well. All in all, finding time to blog, comment, follow and paint has been beyond me, so please bear with me while I navigate this lil’ patch of busy. I still love all your work and am watching with interest – please don’t be offended if I’ve been lame on the commenting!

That said, I haven’t been entirely idle… I did manage to finish a platoon of House Sevelli Guardsmen from hive Platus: 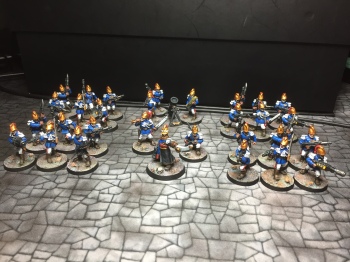 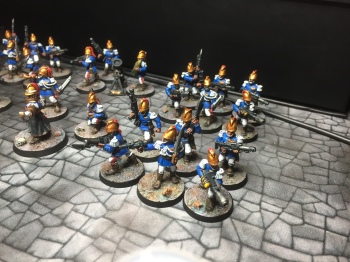 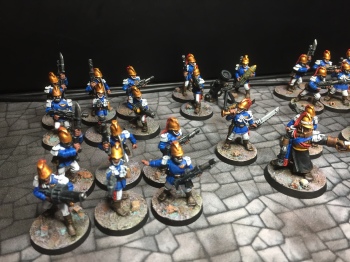 They aren’t my best work, but honestly, I was sick of the sight of them by the time I was finished… I’ve easily painted over 150 of these little buggers over the years, and even though they were done in Praetorian red, or the green and purple of House Malocchio, it’s still the same old sculpts… suffice to say I’m pretty bored of them by now, and I don’t think I’ll be rushing out to get any more.

Other than that, I’ve been busy building Primaris marines from the Warhammer 40,000 Conquest run of magazines… I’m adding to the Primaris Legion of the Damned I put together back in April, and I’m actually pretty motivated to put together a force to try out the new version of 40k.

Speaking of which, I couldn’t help but be amused about how ‘edgy’ some of the new Necron minis are… I reckon I was pretty damn close back in 2014!! 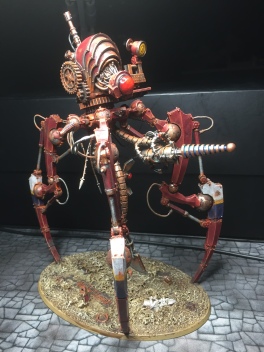 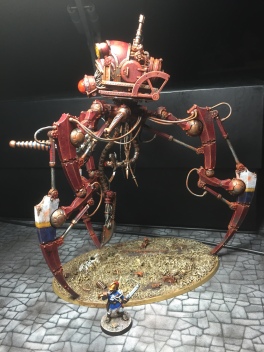 That’s all for now folks, catch you on the flip side.