Greeting Terrans, how goes it? So I have a small interlude for you today – an item that I am submitting to Ann’s challenge for this month to ‘Paint the crap you already own!’

I’ve gone one further, and painted something that I have had based and primed for an embarrassingly long time. You see, I originally intended to complete D’onne in the summer of 2018, but this passed me by, so I aimed for Fembruary 2019… and again in 2020… but each time I looked at the mini, she just scared the hell out of me with the level of detail! Finally I reached the point where I could no longer stand her glaring at me from my project box – her every line mocking my lack of painterly manliness… I finally put my big boy pants on, and put paint to mini: 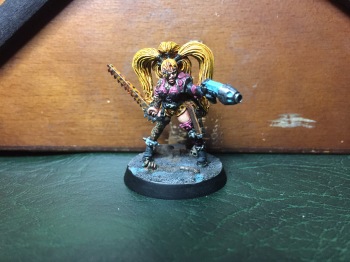 As with my version of Kal Jeriko back in July 2018, I based my paint job on the cover art from a Necromunda book – this time it’s ‘Survival Instinct’, with cover art provided by Clint Langley: 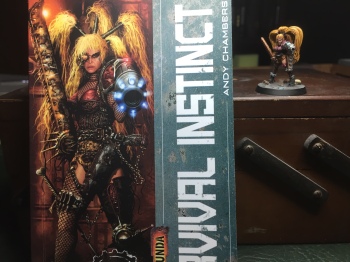 I must admit, the colour choices on the cover art aren’t what I would’ve picked for a 28mm model – that hot pink looks great on the cover of a book for example, but is fiddly and subdued on a mini. Also, painting fishnets and a basque at this scale is exactly as difficult as it sounds! That said, there is a certain satisfaction to being as faithful as possible to an existing piece of art, and I am really pleased with the outcome.

Here’s a few more angles of the 12th daughter of Sylvanus Ulanti – note the attempted tattoo on the left cheek: 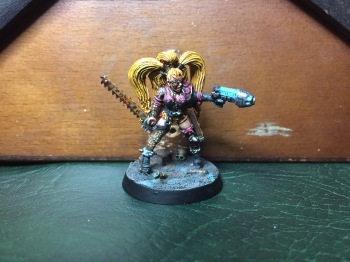 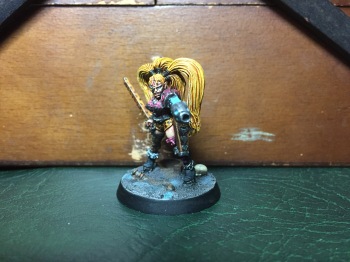 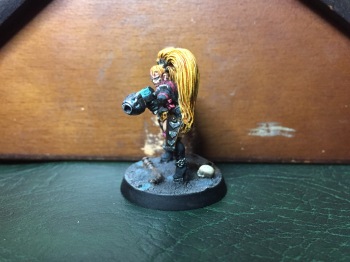 Also, she forms a very nice diptych with Kal: 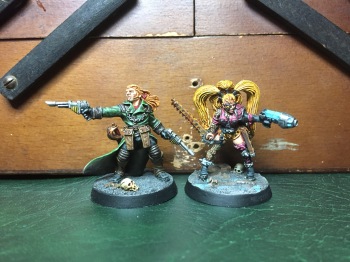 Or triptych with Scabs: 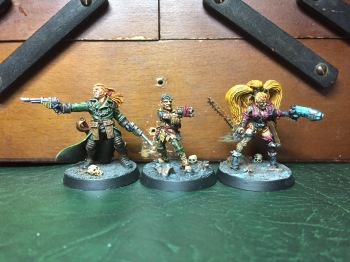