Greetings Terrans, and happy new nominal start of the next orbit of Earth around Sol. A couple of posts ago, I dropped a little hint about a secret project that I had been working on… I had to keep it secret because it was an attempt to sculpt a surprise figure from scratch for my gaming bro Ross. Now some of you may know Ross’ work – he has the classic chaos daemons blogspot, and has a particular affinity for Papa Nurgle. Ross and I game a lot, including the occasional game of AoS, where he uses his gorgeous OldHammer Daemon horde, but a lot of the new Nurgle releases are not really his cup of tea… not a dissimilar issue to the one I discussed in my last post regarding Nagash in fact! One such mini is the Spoilpox Scrivener: 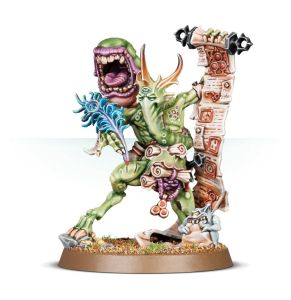 Anyway, long story short, I thought I’d have a crack at sculpting one up for him for Christmas – quite an ambitious decision! I made an armature from paper clips, and started building up the mini in stages over several weeks. Just before Christmas, I ended up at this point: 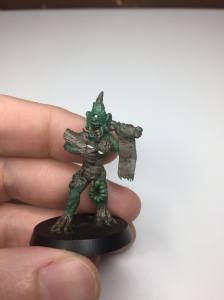 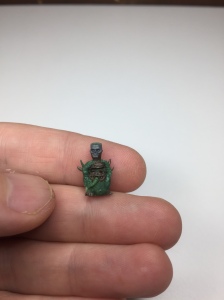 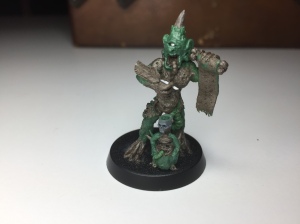 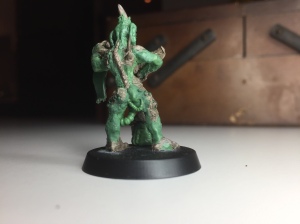 I’ve obviously copied the basic pose of the GW mini as a nod to the original, but I’ve tried to get more of an old-school flavour going… it’s bloody hard work sculpting, particularly getting things smooth, but the old Plague Bearers were very lumpy and misshapen, so this worked in my favour. I hooked up with Ross just after Christmas, and handed the Scrivener over with some nervousness… I knew I had done my best, but it’s not exactly a masterpiece! I needn’t have worried though, my Brother-in-Lead was delighted, and bumped it to the top of his painting queue. A couple of days later, I got these sent to my phone: 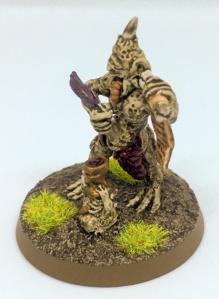 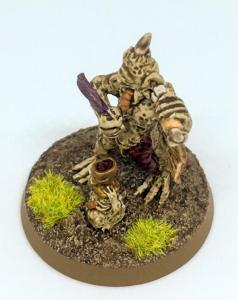 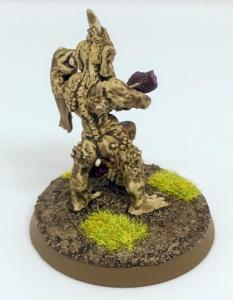 I was so relieved to see that it had painted up well, and that Ross had got it looking so amazing! I don’t mind telling you, it’s a weird feeling to sculpt something up and then have someone paint it for you – it’s such real honour to have someone appreciate all the effort you’ve put in, and then put in the extra love themselves to finish the job! I would recommend it to anyone :-)

I will certainly be continuing my journey into sculpting – maybe not too much in the way of whole minis, but this certainly gives me the confidence to take on even more ambitious modifications and conversions… I’ll have plenty of opportunity – we’re back to the Orks now, and once the Skumbos are painted, I’ll be moving on to Power Armoured guards and all the characters! Wish me luck ;-)